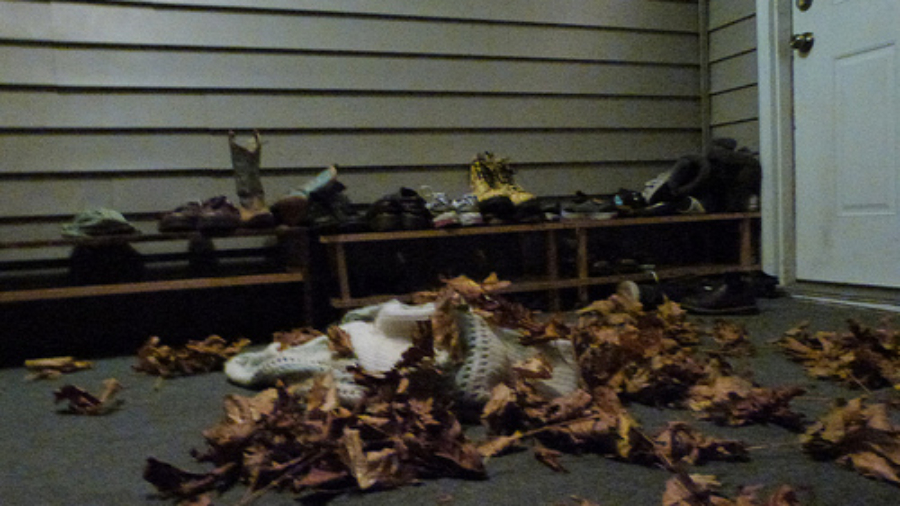 It’s cold and I’m cold on the ride home. I’m cold on the bike most the year, especially on my return trips. I think I get chilled on the trip out, then I sit in my own sweat a bit and get clammy indoors, then back on the bike. Barring proper cycling gear that’s just how it is. For now. I was bringing quarts of hot water which helped a little but not much.

Just after eight, before I set back off to Hoquiam, my friend Charlie accosted me about biking. “You got any protection?” he asks all surly. He means like, a firearm. He’s seventy-something, grew up in the Appalachian mountains, and he is hardcore. He still plays with guns. He’s been shot. By friends and enemies both, I think. Anyway now he says he’s worried. “I”m worried someone’s gonna grab ahold of you,” he tells me. Yeah, I’m thinking. “It hasn’t happened yet,” I tell him, hiking my leg over. “No – but it could!” He is stubborn. He’s a little pissed. “Yeah…” I say. “There are a lot of sick people out there. – Goodnight!” and I’m off.

The streets are cold, crystal-clear, a great big moon. Near-deserted. Past Myrtle and there’s a loud altercation. I can hear angry screaming, abuse, for a full mile. I am sobered at the thought of all the suffering in the world.

Across the bridge and I pull up to Simpson and a red light; another person on a bike is waiting as well. He turns in partial profile and I recognize him. I got to know him a while back when he had a spell clean and sober. He’d put on weight and lost the hardened look in his eye and he was becoming that sweetheart he is, the one that lives within.

Now though, he doesn’t look great. He’s attending a huge plastic garbage bag with presumably all his belongings, somehow balanced on the bike’s handlebars. He turns and I smile at him and greet him by name. He’s trying to figure out who I am and I notice with a crystal-clear delight two items in his overstuffed backpack – a pair of miniature dachshunds peeping me with large, liquid eyes. I ask about the dogs. He tells me their names – mother and daughter. He asks me how he knows me and I tell him. I tell him I have an eighty-pound dog and can’t pack him in a backpack.

The light turns. I tell the man to Take Care and I’m off into the night. Amber streetlight. Smell of ozone and deep green grass. Almost home.

I pull up to my house to a crumpled dog hair-infused afghan swaddling a huge pile of leaves on the porch. Fancy, I think. And sure enough when I walk in the door my nine year-old tells me: “Mama did you see the leaves I put on the porch? Because they are fancy.”

I lean the bike against the coffee table and stride into the kitchen and greet my husband. And I stand at the stove and eat like three lentil tacos and take a swig of Mexican Coke.