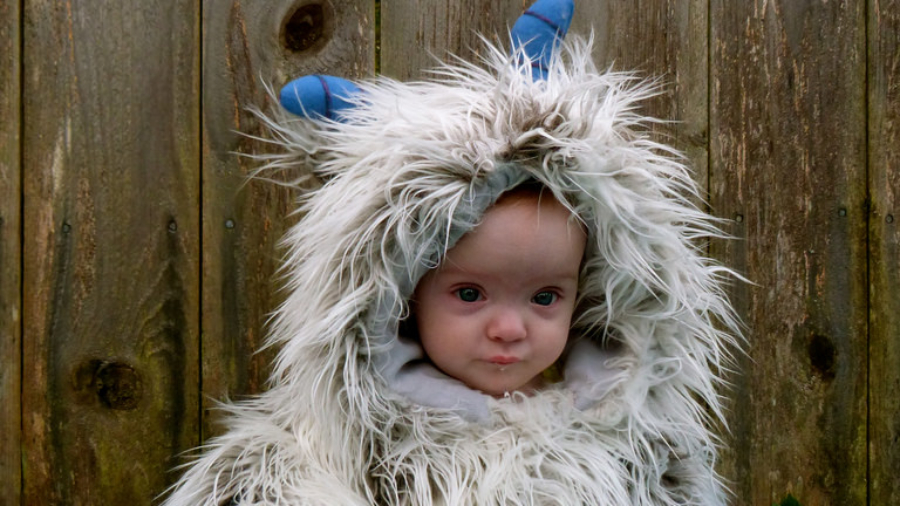 by kellyhogaboom
with 5 comments
dailiesexportsewing journal Have I  not been threatening for some time, to make a tiny yeti bunting for a baby? Shown here: exhibit Audra, 15 lbs. 5 oz. of adorable. Audra was a champ. Word on the street is she doesn’t like cameras, but she kept her cool today. Audra plays innocent here but you know she’s the type of abominable snowman that could straight-up rip your arm from your socket. If by “arm” I meant, “tea scone”, and by “your socket” I meant, “a table of modest height that she was clinging to earlier today”. A horn! Done up in melton wool with yarn applique. Pattern designed by Ralph AwesomePants Hogaboom. Feet. Designed by MOI. Watch out for those claws! So who doesn’t like daddies-holding-babies pictures? If you don’t, you have a lot of growing up to do.

Anyway I wrote a bit about construction in the captions of the Flickr tagset. This bunting is listed in my wee Etsy shop and is scheduled for display at a local business – along with two other “monstrous” offerings I’m currently cooking up.