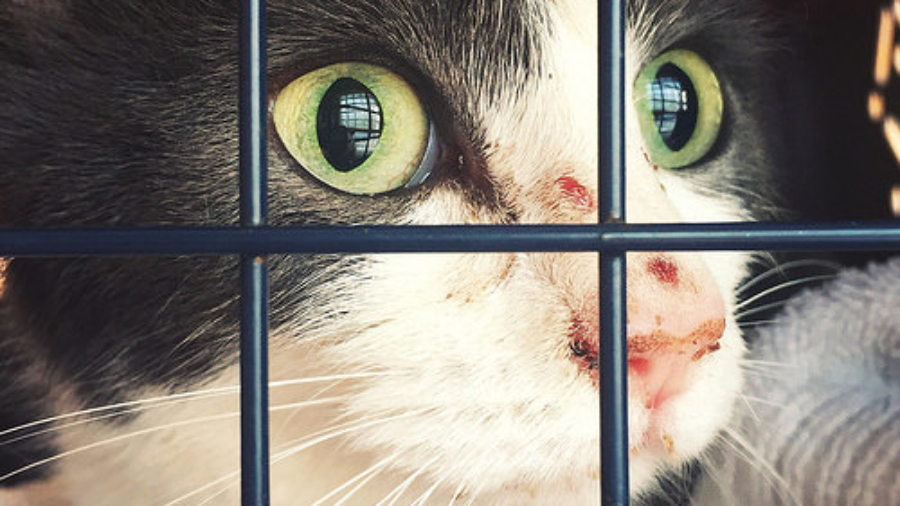 The children were outside playing a game, after a swim date and a full spread of party fare and a special birthday cake, when we discovered Trout had delivered her kittens. She came to us Tuesday, as a foster. She was a very ill, beat up, stressed out pregnant kitty – very young, herself. She’d been fending her way and she’d sustained an attack or two – facial injuries and a nasty cold, with thick ropy discharge coming from her mouth and nose. We took her to the clinic on Thursday where a very kind veterinarian gave her a thorough examination. He said her injuries were healing, and she had feline rhinotracheitis. He said she might get over her cold before her kittens were born, which would be a stroke of luck. He told us she smelled so horrid because she’d been too stressed to groom herself properly.

We brought her home, and I knew we’d care for her very well. Yesterday she was already feeling better. Her eyes were bright and she would purr and stretch out while I pet her.

No one told me, nor did I think on it, that she might deliver her babies catastrophically early.

One was dead soon after birth (if not before); the other died in my hands. Two remain, and Nels and I check on them every two hours and give them care as per veterinary instruction. We give Trout some love as well. She vacillates between calm and loving – then protective and stressed. She is, however, finally grooming herself – and her appetite is better. Even as her younglings die, she is recovering.

I don’t know what’s worse. To be up tonight on this vigil, or to think of relieving my shift – waking my husband – and sleeping, only to wake to bad news.