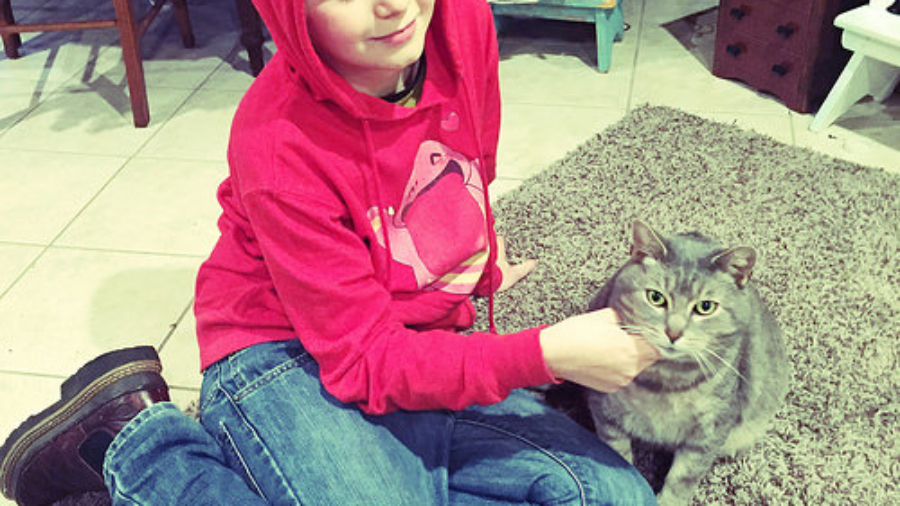 Christmas was not precisely difficult this year; but it was a bit off. On the 17th of December, a series of ATM fraud charges cleaned out our account – I mean entirely, taking our pending mortgage payment, and everything. Talk about an unpleasant surprise!

Then, Ralph shaved off his beard and left a huge push-broom moustache. Which he occasionally tries to rub on my soft skin. So that’s something that happened.

But – it’s impossible to have a poor holiday, or just a poor regular day, with my children. They keep things spicy. On the 9th, our oldest came out as non-binary, meaning they no longer associate with either the male or female. Fine, fine. After all – this is the child who changed their name at age eight. Not only do I totally respect this child’s autonomy, I also know it’s unlikely it’s “just a phase”, not that I wouldn’t support my kiddo – phase or no. Using “they” and “them” pronouns for Phoenix has been such a novel experience – even harder than getting used to a name change. Ralph and I are at the stage where we are gun-shy around the female pronoun set. Every time we say “she” or “her” – about my mom, a friend, or a kitty cat – we flinch as we are sure we are getting it wrong! But – we’ll get used to it. Phoenix is very patient at correcting us politely.

Nels has taken off in gaming. He and I are downstairs at night – I’m sewing while he’s into Competitive Play on Overwatch, and has been recording, editing, and uploading compilations to his YouTube channel. In true Nels style, he is entirely immersed. After the summer where he was outside with the local tribe of boys – I mean he was always outside if he wasn’t at home eating or snuggling/sleeping – now he’s gaming all day unless I drag him out on errands. The last few weeks I sewed so much for gifts and for clients that I was shipping and packing up and delivering faster than I could photograph. Having a little space to sew for myself, has been lovely.

So, we’re getting through. We had a lovely gift exchange and our first Christmas in our new house (we were traveling last year); we enjoyed our first vegan Christmas as well, with a repast from The Herbivorous Butcher. Life doesn’t get boring, let’s just say that!

Wishing all of you a really fabulous end-of-year.