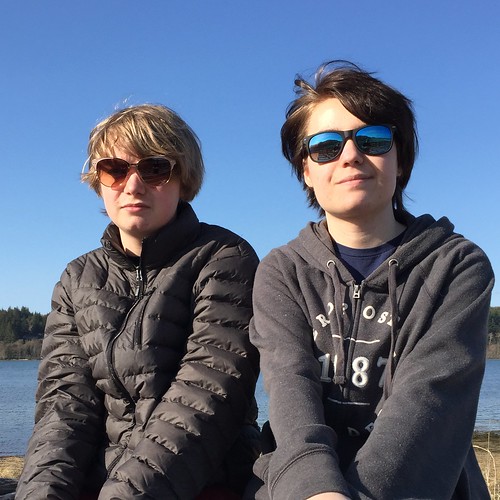 Any engaged, active parent will tell you that children and teens go through stages we aren’t ready for. I’m not talking about childhood milestones – losing their baby teeth, learning to walk, mastering the ability to read – landmarks which are fairly universal and usually bring much delight in those whirlwind years of early parenting.

I am talking about those changes that we wrestle with, because they are shifts of personality and values that are stark, startling, and profound. I’m talking about the upheavals we weren’t ready for and that knock us back a bit – or a lot. These are stages we usually navigate pretty gracelessly – at first not seeing the sea change for what it is, fighting it or unconsciously resisting it – and then scrambling to keep up as we begin to comprehend: Our child is different now!  Twenty years ago I remember my friend Parker telling me about the last time he held his son’s hand, when the boy was twelve. He had somehow caught that it would be the last time (what a gift!), and he’d treasured this deeply as they walked together down a forest lane.

I understand the pain and sweetness of such an experience just a little more, today.

My youngest child is going through such a change. I have not, in my decades of parenting experience, previously beheld such an abrupt shift. This is a child who coslept with me into his double-digit years, and who every day would approach me several times to hug and kiss, who has been sitting on my lap long past the time he surpassed me in height. This is a child who since the age of three would tenderly chide his “Little Mama!” and offer sly, loving affections most times I entered the room. I have homeschooled this boy and I have had more time with him than most parents ever get with theirs. I drank up deep draughts of those days and I never grew tired of the elixir; I always found it delicious. Day after day of these caresses and his beautiful brown arms tangling up in mine and his laughter like crystal warming the home. I had this Eden for as long as one could.

Those days – are gone.

And I mean they are gone, and the change happened within just a few days – after almost fifteen years of such a bounty. I can’t begin to express my shock and confusion.

I practice yoga every single day of my life; I have been doing so for a few years. The other morning I moved through several one-legged balancing and strength postures – Tree, One-legged Tadasana, Warrior Three – with confidence, with joy and swiftness, and with a smoothness that has been patiently earned. As I hung suspended in air I reflected on this stability; it has arrived only after years of fairly unglamorous body work, of actively and repetitively engaging all these muscles large and small, finding new support through a myriad of subtle counterbalances. Now these once-difficult movements are a joy to me and this physical delight carries me through the rest of my day. Such is the benefit of yogic practice.

I’ve been practicing parental yoga for years, every day, too. I don’t wobble like I used to. It took me about a week to realize my son had shifted; only a week to perceive things had once again changed, forever. Upon this awareness a torrent of emotions flooded my body and mind; surprise being the foremost, quickly giving way to shock. And I felt, and still feel, a profound grief radiate from within my body’s center, a body blow that is so massive and middle-deep that I can patiently feel this bruise and know that it will last, it won’t shift swiftly. Hello grief! Welcome. Again.

I know, too, that what my child needs the most right now is privacy, respect, and personal dignity; I know not to whine or complain about the change because I have other, better ways to process my pain. After a couple days’ awkwardness, I stopped asking him for hugs. I stood at my kitchen sink and held my loneliness in my hands and knew I would treasure it; it is mine after all, it is not something he or anyone else created within me. It is the gift of many years’ floods, swelling on the beach and warming the sands, and now the sky has turned cold for a little while and frost creeps around the edges.

I started, instead, offering hugs to this child – offering, not demanding – less frequently than I would like. After a day or two he came out of his standoffishness; he hadn’t asked me to change, but he clearly appreciated my retreat. I have slowed down and become more circumspect in how I address him. I ask his preferences. He hugs me differently, the earthy sunshine shifting out of his straw-colored hair and a remote coolness within his slender body; his shoulders ever-broader and his physicality a glancing one. I am patient. I can survive.

And of course, as is my prerogative, I have engaged him directly – but only a little. A little, a little – no lectures and no feelings-talk. I will tell him about my feelings at some point but I will give it time, and I will share with him two sentences or so. For now: I am a parent, and I have a beautiful obligation.

Two days ago I sit with this child over morning coffee and I ask him if he is angry with me; he’d spoken maybe fifteen words to me the day before. His face clouds and a flinch of irritation passes over his countenance and he says, “You said it was just a stage.”

I think carefully before I respond. “Yes – and no. The part of you that doesn’t want to hug or kiss, that doesn’t want to snuggle and that wants to spend all your time with your friends – that’s a stage. That’s a normal part of development, and it’s a good thing. That will pass and who knows what will happen next.”

I continue: “But the part of you that is angry with me, that has thoughts about me and how I behave, those are things we should talk about.” After a moment, he shares. He has been feeling acute unfairness with regards to a housework duty. He believes I favor his older brother in this regard. I ask questions. We talk. After a few moments I can see he feels heard and understood.

We propose changes to our routine, and later in the day we bring them to the other two family members.

I know there is more to talk about. But not all in one day.

When I was a child, my strong emotions and behavioral changes were not treated skillfully. I was called names – “little Hitler”, “asshole”, I was told repeatedly that I was selfish. I was yelled at to “Show some respect!”; I was slapped. I was mocked for displaying strong emotions and I was belittled for how deeply I felt them. I was told, “Don’t be upset!” By the time I was a teenager I felt ashamed of my strong feelings, particularly anger or aggression. I felt a strong pressure to hide these experiences under a mask of civility and inauthenticity. I’d long lost the memory of what it felt like to seek out my parents for physical affection and comfort.

How I was raised, was not good enough for our future. My partner and I have made a different path.

So: my children will not know these humiliations in their home. They will know respect, privacy, and deep nurture. These periods of change, these are the times when we most need to honor their dignity. This is when the habits of our earlier parenting come to the fore and we reap what we’ve sown.

I grew this practice. This balancing practice. It is not without its wobbles, but it is surprisingly stable all the same. I planted this practice while they were small; I patiently tended it every day with ferocity and with persistence.

It sustains us still.

If you like my works on parenting, please sign up to receive notices about my upcoming publication: