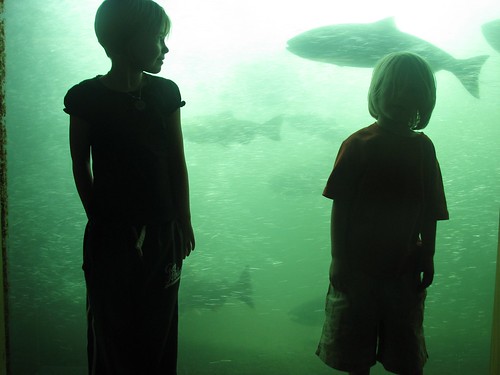 Just one teensy tiny anecdote about what it’s like supporting a trans child.

I’m at a medical appointment with my oldest.

Practitioner: chit-chat chit-chat [misgenders my child] chit-chat. Then she says right away, “I really like the name Phoenix!”

Me: “Thank you! You know, he picked that name out himself. When he was eight! So I can’t take the credit!”

Practitioner seems taken aback, because of the pronoun correction probably but also, in my experience, people often don’t understand how a child could “pick out” their own name.

“What… what was their name before?”

Me, smiling and relaxed and making eye contact and really hearing that question and answering a bit slowly: “You know, I don’t usually share that! Because… he’d prefer I don’t.”

Practitioner says something polite, seems a little uncertain (and may have been worried she shouldn’t have asked that) but the room still feels pretty relaxed.

Me [laughing]: “You know it’s amazing when your child wants to change their name, it’s like – dang my feelings are hurt a little! I’m so used to it now – it’s been years.”

Practitioner nods and laughs, then:

Phoenix: “I think of it as a gift. It’s a gift my mom gave me,” – he places his hands forward in a little open prayer shape – “and I appreciated it, and I decided to pass it on.”

These interactions happen pretty regularly. I am not complaining about this practitioner at all. She was kind throughout, I’ll add.

I will say if you are not trans, you have no idea what it’s like to be stared at, to be subject to gender policing, constant misgendering, hostile glares, invasive questions, physical threats – all of the above due to your perceived gender identity.

I don’t know what that’s like either, as I am cisgender. But it’s fatiguing, I can tell you that much.

By way of one tiny example, my entire life I have been able to stroll into a bathroom and know no one will question why I’m in there or hate crime my ass because of how they perceive my gender and whether it belongs to me. So, I didn’t think much about public bathrooms for much of my life. But I have a teeny tiny window into the difficulty now, due to how much time I’m with my child and/or supporting my child. Life is much harder, when one can’t relax about public bathrooms! Single use and genderless restrooms are literally a public health issue, but many cisgender people don’t see that nor advocate for these bathrooms as passionately as they should.

I remember the first time my oldest child used the men’s changing room at a department store. I will never forget the employee (Aberdeen Marshalls) who said, “OK sir – right this way!” and escorted my child with a relaxed wave of her arm. Bless that fucking woman. I sat there with tears welling up in my eyes and tried to act casual. I’d been prepared for something else.

It’s not that people who are inclusive or who do the right thing deserve special acclaim, or a medal. It’s that I can be so apprehensive that I get this flood of relief when people are kind or bare-minimum decent.

So if you’re cisgender, when you think or say, “Why don’t ‘they’ – ” I want to encourage you to shut up one hundred percent and stop talking. You’re just wrong, you’re embarrassing yourself, and you can do better. And while there are people who might be willing to take you under their wing and explain things to you – sometimes I’m that person! – at the end of the day, if you keep doggedly grasping old ideas and crummy ones you might find people aren’t too patient with you nor interested in you.

Phoenix and I discussed this conversation when we got in the car. We giggled about it a bit. “I think [the practitioner] was just ignorant,” Phoenix said – meaning, did not pick up on clues that Phoenix was trans, and in general is undereducated on trans issues. I think that is an accurate assessment.

I can’t speak for Phoenix, but I can say ignorance is interesting to me. We are all ignorant in some way or another. But how we handle things when our ignorance is exposed – that is the mark of our character.