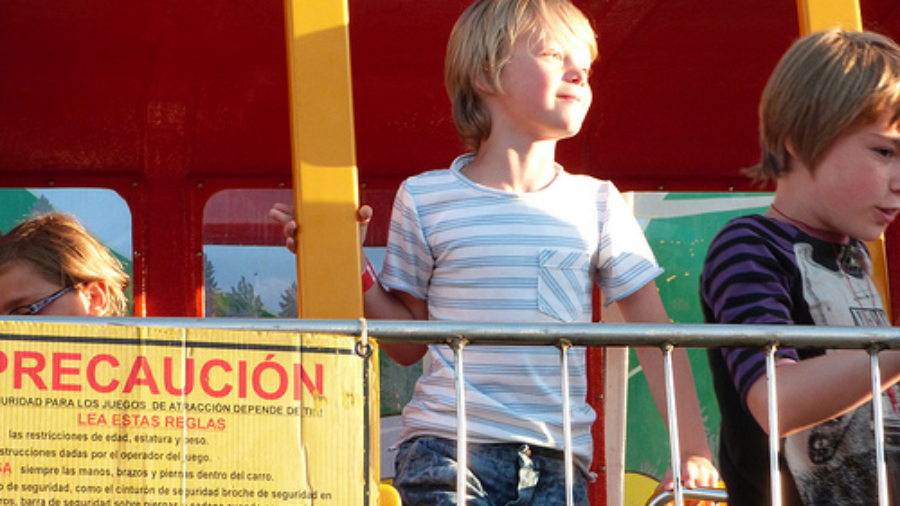 ed note – Sunday the 5th is your last chance to pre-order Tumblehome & get free goodies! DO it. DO IT. Do it!

It’s easy for me to lose all perspective and get irritable. The house is hot. HOT during the day. We are overrun with fleas. We’ve tried several things and it’s still flea-horrid; my dog is chewing up his tail, which makes me incredibly sad. I’m behind on some computer work but I don’t want to sit in my hot and sticky office tomorrow while Ralph and the kids go play in the water; but that’s probably what I’ll end up doing.

I took a billion photos on Thursday; mostly of Ralph’s band’s first live performance, & the Thurston County Fair. Since they did the hard work of playing, they earned free tickets for everyone; then the day’s a two-for-one armband sale meant the kids could go on all the rides. We did the Fair on the super-cheap. Pretty cool. This year Nels was tall enough for all the rides. I knew he’d grow another six inches in a year. I had a little sob though about it all. The contestant at far-right cracks me up. Ask Heather what she was doing in Ralph’s armpit. I took like eight pictures in a row and they all had her in that position. This goat was pretty familiar.