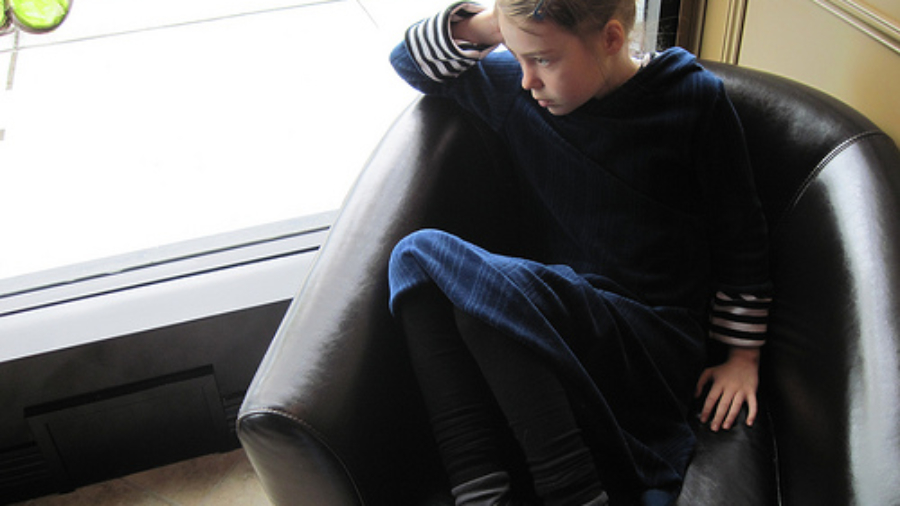 My children are not too particular nor focussed on fashion; perhaps having a mother who could literally sew them anything they wanted (because I really could!) grants them a luxury of some kind. More likely, at their young ages and not surrounded by commercialism and materialism as much as others, it’s just not their interest. They have preferences and garments they particularly like, but neither kid could ever be described as particular or fastidious dressers.

That said, Phoenix cites a few colors and a few styles as ones she likes – and I still remember pulling a frilly skirt off the sewing machine and realizing at that moment she wouldn’t care for the frippery (my son was down with it, however).  Favoring soft, pull on garments with simple pockets and clean lines, my daughter’s tastes are easy to consider.

Today’s hoodie dress had popped into my head a while back (thanks to reader Jenn for her suggestion of this lovely cotton velour). The sleeves and hood were both lined fully; there are no seams to be felt therein. The double-knotted hood of the Farbenmix: Olivia pattern really works for me. I can’t just have a regular boring round hood – at all: The dress hem and sleeve hems left raw – an advantage of sewing with knits. The trickiest part about a garment like this is the layout and cutting – making sure the knits are perfectly on-grain (seamsters will note there are cross-grain stripes on the Michael Miller stripe and lengthwise grain stripe detail on the velour). Once I’d cut and marked, the dress went quite quickly.

Phoenix was very happy with her dress and played, read, ran, ate, and tended naughty chickens. She only took the garment off briefly to wash the dishes (and she did a bang-up job of those). All-in-all, a successful fashion adventure for the girl and I. In other sewing knews: Patterns by Figgy’s announced their upcoming Sewing For Boys book; a project I’ve been busy helping test for (Nels will be featured in the lovely pictures therein). I haven’t been able to share any pictures of resultant garments and I’ve been agonizing to! Having some intimacy with this project and with the women helming it, I can say I’m very excited to be involved – and gladdened to see these ladies’ dreams coming to fruition. craftivism w00t! 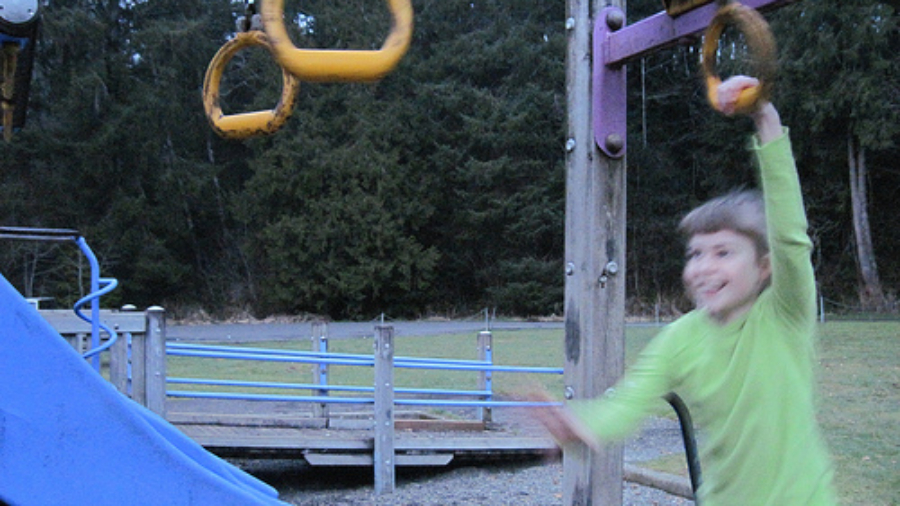 You’d never guess what happened while the kids and I were happily frolicking. One I slammed my phone directly into the ground and broke the screen (having owned said lovely piece of technology for one month and one day). Then I lost the key to the vehicle. I discovered this just as it was getting dark as ass and after I’d walked, oh I dunno, everywhere around the park.

The phone destruction, well my sense of regret and consternation was tempered with what we call Perspective, having just watched this film yesterday. Losing the key was particularly awesome. It somehow fell out of a rather deep pocket. This? Is why we can’t have Nice Things. And by the way I’m going back to leaving the goddamn key in the vehicle’s ignition like I *always* have done.

Ralph rescued us – by this time it was very dark – and we spent some time crawling around the park with flashlights. A group of feral teenagers joined us in this. I’ll probably go back with the kids tomorrow; it’s a valet key so not exactly replaceable for a couple bucks.

Today Phoenix wore the newest hoodie I made her. Frankenpatterned from Farbenmix and Patterns by Figgys; super-soft 100% cotton and designed to her long and lanky proportions and of COURSE with a long knotted hood. It felt good to sew up something soft and huggable and simple and it felt even better to see how much she loves wearing it. Tomorrow? Back to the muddy park. Wish I had a metal detector and one of those old men with shorts pulled really high up to operate it. 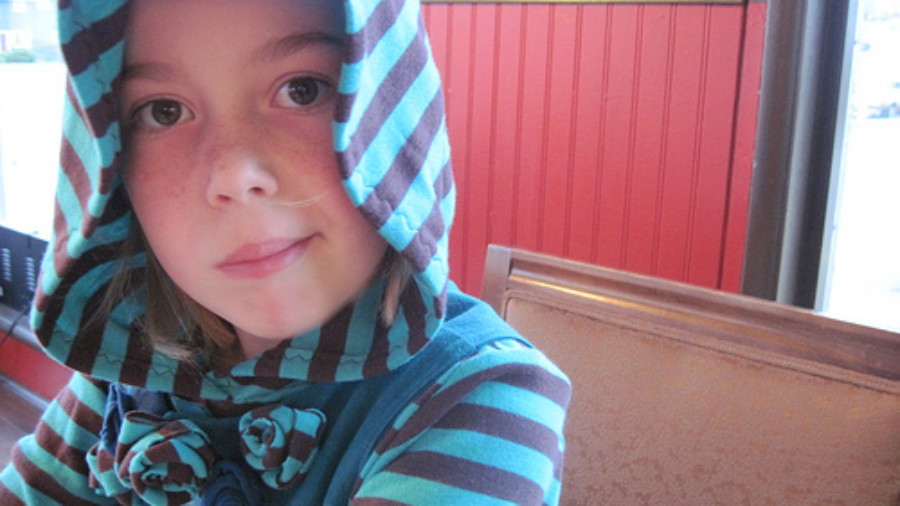 My daughter loves this ensemble but personally I think it’s a tiny bit too matchy-matchy. For my taste, anyway. One won’t deny the teal is a lovely color for this time of year. Funny: as soon as I finished it (handsewing at the soccer practice last night) I knew my daughter would love the dress but be less enamored of the pinafore: and I was right! Both she and I love the hood more than anything (the pattern for both pieces is Olivia from Farbenmix). The dress is a 100% cotton Michael Miller; the pinafore is made from one of my favorite current fabrics to work with, a linen/rayon blend. The linen/rayon looks better and better with age, too. Handsewn flowers via a tutorial by my lady Karen. I’m offering either/or/both pieces in my little shop; you can also view more detail photos in the Flickr tagset or read my pattern review.