Purringtons: a new cat cafe in Portland, OR – just opened. I am going to go visit. Not even kidding.

Do to a Yoga Journal share on FB, I found Jessamyn Stanley, a fat femme yoga enthusiast who is currently Blowing. My Mind. Wishing her continued success, a safe and joyful practice, and many wonderful things on her horizon!

An anecdote involving Sir Patrick Stewart, including some of his work around domestic violence and PTSD – as well as a lovely personal touch.

At the beginning of this month, I happened upon the story of Carmen Blandin Tarleton and her recent face transplant – and have now subscribed to her blog. She has a great deal of wisdom and healing to offer the world. I’ve also enjoyed reading a partial transcript describing the first time she met with the donor’s daughter.

“Forgiving People Who Show No Remorse – Have You Suffered Enough?” at tinybuddha.

This piece was wonderful. I alternatively felt sad and felt hopeful as I read some of the comments. It would seem even after such a well-articulated piece, some people still view forgiveness as something they can accomplish and wield as a weapon – as a way to control the actions or experiences of others. 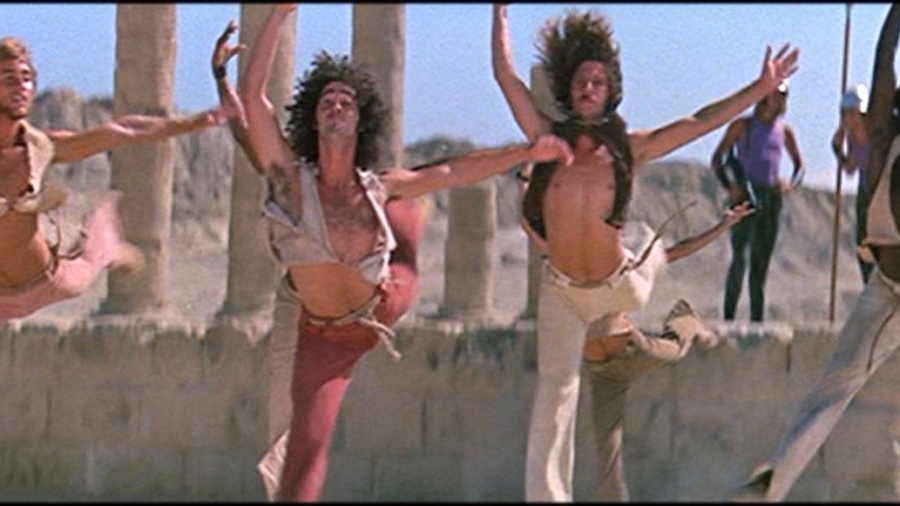 First: after some sewing-room time listening to JCS, which is kind of one of my favorite things, I went online and found the ultimate Bob Bingham thread – Bingham also known as Caiaphas, who wore a novelty calculator on his sexy bare chest and a spray-painted acorn squash on his head. ZOMG so many great memories of singing the entire rock opera word-for-word with my HS girlfriends!

Second: I need any great pictures, video snippets, or factoids re: Billy Zane. Don’t ask why. Hush, child. Just: Trust. And post anything good in the comments.

Today: attempting to catch up on my writing commitments, I wrote a piece on Underbellie. I hope it helps someone.

Finally: you have a few days left to pre-order my zine and save a little funds. I have to be honest, my zine is in desperate need of help. I make about $1 to $2 per issue, and I think last issue (in February) I had fewer than ten subscribers. You can grab archive zines gratis; please do so to consider if this is a project you’d like to support or pass on.

Additionally, in zine news: I am offering up a sponsorship program. If you’d like to know more details, email me at kelly AT hogaboom DOT org. I am aware I just told you my zine is not enjoying widespread circulation; however, I do have a business plan for increasing viewership and response. So please do contact me if you’d like to support the zine in this way.

Eggplant babies! I’m not expecting, but I *am* making this for dinner tonight.

One of my favorite “that guys” – a video montage.

In an online climate of wonderful political commentary, I bring you: Little Face Mitt

Speaking of the abovementioned candidate, here’s some verbatim.

A long, thoughtful piece: The Ethics of Writing about Sexual Abuse: Gawker and Cord Jefferson

Food: thanks to a friend’s very kind gift, I am finally able to buy the long, long-coveted – as in I’ve wanted one for three years – takoyaki pan. In related news, the art of cooking, in general, is amazing.

Local: new safety implementations at The Graveyard of the Pacific 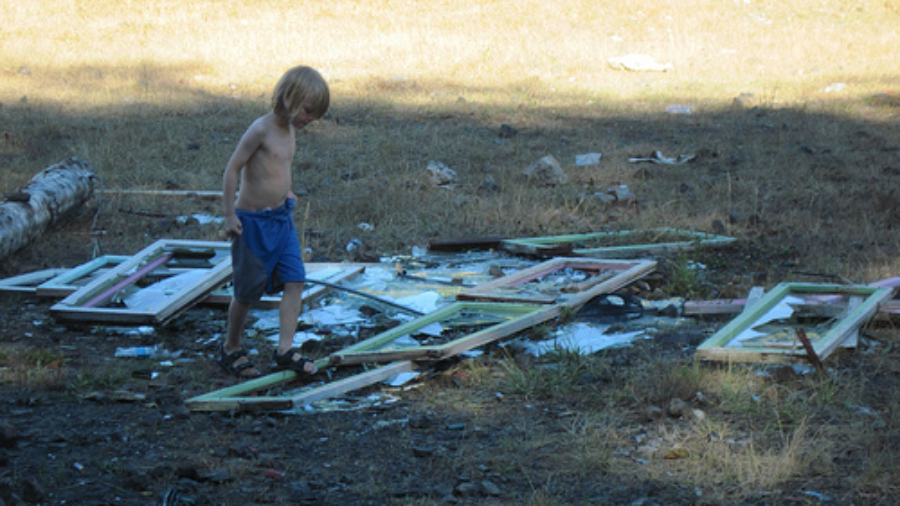 As always, if you have long commentary please leave it at the source article; let me know if you’d like me to link to your post or comment.

First: I’m hustling for money for my kids’ fall/winter coats. You can look top right ——> if you’d like to help. You can also volunteer to receive the coats when my kids grow out (post here in the comments). I’ll post tutorials as I create them, to help any future stitchers.

This song – makes me cry. Every time.

SQUAT! Birth Journal. Awesome shit. They accept submissions. DO it. DO IT.

I reviewed a sewing pattern/class. I can recommend the pattern and especially the class for anyone who’d like the finished garment (the romper and pant combo… okay that’s just cozy as hell!).

I’ve been asked to flesh out my Twitter’d, “Ten Things That Make #Parenting Easier” list. Here are #1, #2, and #3. I’ll keep updating this post to include all ten. $4 debuts later today.

We are making a keyhole garden (or a variation of one). I don’t know what to do or plant in the bed once it’s done, given how late we are in the year. Maybe some PNw’er friends of mine can help! (Donate one – they’re awesome)

Black Girl In Maine writes a great post about divisive, “us vs. them” language.

STRAW FEMINISTS IN THE CLOSET – I cried real tears at how perfect this was.

LLL makes a big gaffe on leadership issues. I hope they reconsider. Like PhD in Parenting sums up, I too have always held them in good faith… But. First: a piece of mine, just published.

At bluemilk, the video for “Daddy Skills”. Which? Is awesome.

Some commentary on the different ways female vs. male bodies get treated, in the context of the Olympics.

One of the best interviews on public boners (or pseudo-boners) I’ve ever read.

The Radical Doula guide is out! Wow! I have a dream; raising enough to bring MZP to our community. Can you imagine?

Rare color photos from a little ways back.

Homemade graham crackers. I actually haven’t tried making these. But I’d like someone ELSE to bring me a batch.

Someone sent this to me: Are you an emotional empath? Scary how many of the questions I answered Yes to (all but one and a half!). 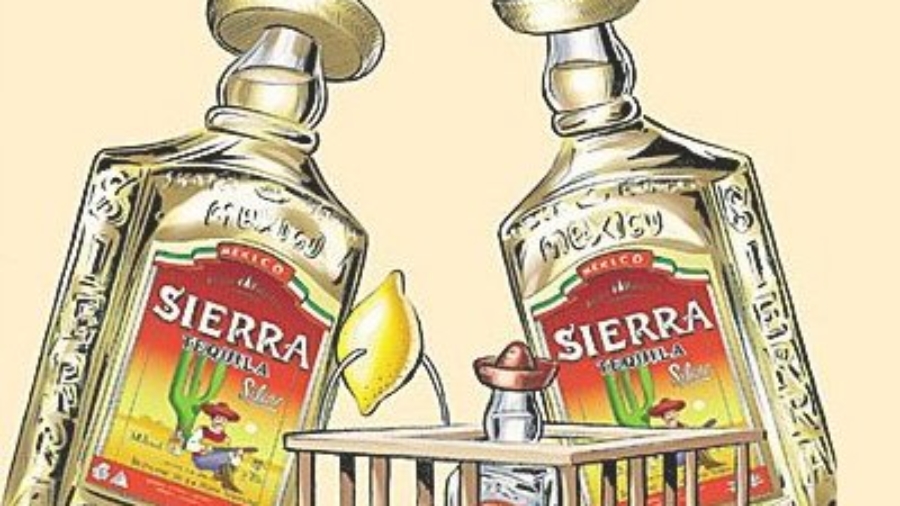 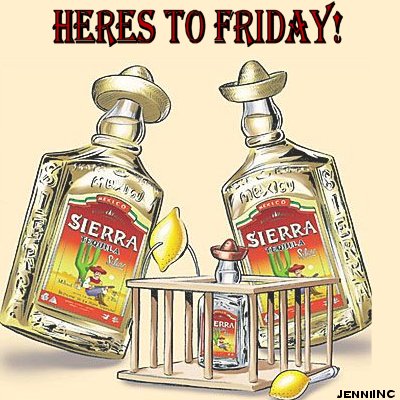 WTF. That’s what I want to know. I call this sort of ad, at very least, racially insensitive. But, I was looking for a Friday graphic. I also am unsure what’s happening here. Why is there baby tequila in a cage? You should tell me. I haven’t figured it out.

First: my second zine installment is two days from shipping. Yay! Only two more days to get free goodies. Thanks to two generous donors, I have enough to print this month. Yeah, it’s been tight.

In the realm of crafty: I WANT FAKE FUR. About two yards apiece, in three specific colors. There’s a sale & everything. But I’m broke as fuck. Waaaah!

Olympic Weightlifter Responds To Sexist Tweets: ‘We Don’t Lift Weights…For The Likes Of Men Like That’ – good job, Zoe Smith! P.S. The picture of her lifting a billion pounds, she looks like she’s just standing there calm as hell.

Is Unschooling a Cult? This doesn’t even make sense. I’m posting it anyway. I find the topic of cults fascinating!

Gore Vidal passed. An intelligent and funny soul. Too much of a misogynist for me to fully endorse. Still, I really enjoyed him – and everyone else – in The Celluloid Closet, a film that still holds up many years later. Give it a watch!

Will wonders never cease: I literally never knew this.

Try not to have nightmares. The Gary Busey Monster.

Today: Hutch was invited to be the official newshound of Grays Harbor Down. Pretty cool stuff!

Someone’s cutting onions up in here.

“Letter to a Teacher from an Aboriginal Parent (1977)” – if you’re a human being, you should read this.

The trouble with kids today. OK, there’s so much to love about this post. I cringe-laugh at the Connery interview. I know I shouldn’t feel bad for him, publicly airing his ignorance and fear, but I kind of do. And it’s ironic our macho, best Bond (well, I like all the Bonds, but got a soft spot for Mr. Connery) is in reality a frightened person, who hits and then justifies hitting as making sense. But I really liked all the quotes at the bottom. “Get off my lawn”, the world is going to the dogs, “kids today”, et cetera. Good stuff.

Some comments on the MSM’s depiction of Mr. Holmes, who last week murdered people in a theater in Colorado.

A piece on Spiritual Bypass; a concept I’ve been thinking about a lot, lately. Good stuff.

Who Gets To Be A Geek? Anyone Who Wants To Be by John Scalzi – a great piece (except for the obligatory hipster-diss – what is UP with that?). ANYhoo, a wonderful takedown of Peacock’s crap.

A bit about Imposter Syndrome, something most people can at least relate to.

Cora’s Story – a mother shares about her experience with the most common birth defect, congenital heart defects (between 1 in 70 to 1 in 100 babies). A very intense story, but well worth the read.

25 YouTube Comments That Are Actually Funny at buzzfeed. These are giggle-inducing in an aggregate way. Favorites: the two after the dolphin video, then later the one with the musician and his beard.

Reshared by the late Erica Kennedy, shortly before her untimely death – one of her favorite pictures.

Another hero MamaKitty – but no one compares to Scarlett, who holds a special place in my heart, and in literature.

Nature teams up to bring us something very special, and incidentally this is the kind of thing that makes my brother and I talk about constructing a stainless-steel bunker home with hydroponic foods and a germ-laser-toilet.

& the newest music scene I’m into. Oh, internet. I love you so much:

Despite being ill and all, I had to get you some Friday links. Here’s hoping you kick back and waste some time!

Are You There, God? It’s Me: Period Stories by Tami at Clutch Magazine. (slight spoilers for the TV show “Mad Men”).

An illustration and discussion of “The Real Drinking World” at HuffPo. As a high-bottom functional, or “almost-alcoholic” (I just prefer the term – alcoholic), I think this is excellent, excellent reading. I’m grateful I had a doctor point out my [“almost-“] alcoholism, but I also support the dignity of those who’ve reached full-on alcoholic dependence in the ways, you know, the movies like to portray. Just heard a story the other day about a man who ended up in his bathroom on the toilet with constant diarrhea, and who made up a bed in his bathtub and stayed in there and drank. You don’t have to end up there to get help, and I’m glad articles like this are popping up here and there.

“Behind the scenes at James Bond auditions”, a photo slide retrospective. I was raised on Bond films and despite all the things you could rightfully claim (sexist, racist, homophobic, campy, et cetera) I have a special place in my heart for that cheesiness (and yay Pussy Galore!). This little series was fun and cute, and gave me a newfound appreciation for Lazenby, whom I’d previously pish-poshed.

Cinemagraphs! A cute concept. We’ll be seeing them everywhere soon. Unless you already are, because I’m usually behind the times. Here’s a question. What movie, and what actor, and why do I like him?

A little bit of animated fun: if you thought movie trailers cheapened Carmina Burana O Fortuna, check this out.

A million shades of grey; or, “Would you rather be right, or would you rather be happy?”, or – and this is my favorite – “Ken Wilber said, ‘Sometimes you need to allow things to hurt you more, but bother you less.'”. by Ingrid Mathieu.

Open Thread: Erykah Badu & The Flaming Lips Team Up for a NSFW Vid – Are You Feeling It? at Clutch Magazine.
I have my thoughts about this video. I’ll share them. I think this is a beautiful song. Audio-wise, I like the cover. I like the video, too. I think it’s pretty neat. However I’m a li’l tired of the same naked bodies being used in the same ways. Call me when we see a nude dude – not being portrayed as silly – and yeah, full cock-n-balls, for one. Update: apparently the whole thing is a big mess between the artists. I have some thoughts on that too, but I’m sick, so I’m done.