So anyway today I got some real giggles. I was cited and quoted, briefly, in an article on Salon (“Home-schooled and illiterate”, by Kristin Rawls). And in the article I look like a real dick. Like picture me in a Camaro racing down the highway and airily tossing plastic litter out the window directly into a woodland creature’s eye. So anyhoo, this afternoon – for clarity especially as any home-ed’ers might want to know more about my involvement with this article – I posted the entirety of my exchange with the author on Underbellie.

It was kinda weird because only an hour before I was alerted to this piece, I was sitting on the bleachers at the Y and knitting while listening to kids play and parents talk. Today the kids and I began revisiting Homeschool Sports which we hadn’t been a part of for almost two years (OK, this is my funniest post about our previous tenure). And I was instantly re-reminded of how curriculum-oriented religious home educators are. No, I wasn’t annoyed, or judging – just noticing. And of course I was noticing how wonderfully and exuberantly these homeschooled children play together (none of my readers will be surprised Phoenix was instantly the leader of the gang, and on her first day!). It was really odd to come home and find myself implicated in this sorta sinister plot of religious home educators doing things that, well, were the exact opposite things of what I see religious home educators doing. P.S. I was also giggling to myself because there was this really cute be-flannel’d hipster-looking dad (looking a lot younger than I, sad times, I’m getting to be an olde harpy) and I was all ready to sidle up just for idle chat with him but he got talking about a Bible class in this way I remember from my old church days and I thought I’d give it a miss.

I’m not going to comment further on the Salon article at this time and in this space, although of course I have a handful of opinions. “lt’s boring, but it’s part of my life.” My opinions.

Last night I went to bed with a headache and this morning I woke with that sort of spiky ear-to-throat feeling on the left side. Today I opted to sleep in a bit while an electrician banged around in my upstairs. Uh, that’s not a euphemism. Anyway my children took care of me for a couple hours and they handled the electrician business as well; during my attempts to rest my mother had the kids over to her place and fed them steak and yogurt smoothie for breakfast (yeah – I know!). After I rose I cleaned up, then spent the rest of the day consuming tea and spicy food, running a few errands, playing with the children, and buying up some t-shirts to cut into great kiddo-wear.

Speaking of: tomorrow Gray’s General Store opens only three blocks from my locale. Um, people, we are talking about a place with fabric and zippers and heavy-duty thread and old sewing machines! Those of you who know me and my little wee town know I am peeing-my-pants-levels-excited. This store and I are gonna be like PEAS AND CARROTS, do you even know how long I’ve waited for some crafty goodness such as this? * dances a wee jig *

And, I’ve been asked to teach there. I am pondering what to teach. No tote bags, pillow cases. Nuh-uh. Will have to keep thinking about it.

Tomorrow: homeschool skate. Last time I went I think I still had my green hair. I’m going to get up on some wheels too. And a big giant-ass coat because that skating rink is like a meat locker. 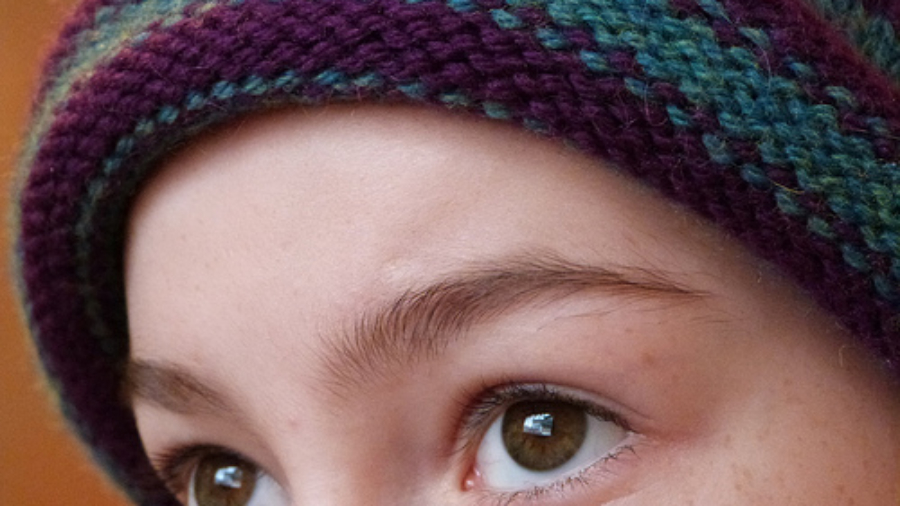 My monetary accumulation for our attendance at the Life Is Good Unschooling Conference is trudging along, to my utter delight.

I have saved, basically stuffed in an electronic mattress so I don’t use it for silly things like food and socks, about $238 (of the $650 that will get us there, which does not include food, gas, & fun money). This saved sum includes a wee bit of under-the-table work I’ve done as well as a handful of lovely donations from readers.

I sincerely thank everyone who has helped, and all who read, email, IM, tweet, and support in various ways.

It is so rare I get any IRL contact with other Unschoolers, and it means a great deal to me to consider we may get this chance.

I am hopeful of somehow earning $650 – separate from my husband’s paycheck. I have a few options on this account. For one, I have my little homesewn affair, which is not much of a money-maker due to various and sundry reasons, mostly including a complete lack of advertising budget or promotional considerations, besides the occasional tweet. I also lack kiddo models and let me tell you, that makes a difference. Early this summer, at the Fiber Festival? I put a little homemade dress (the one at left) on a little friend and I shit thee not, she’d been running around about five minutes before a woman came dragging her by the arm and demanding to buy the frock. Well, not really. But kinda.

So tomorrow I’m going start up up a jacket conception for a tot, then find a baby to stuff into said jacket so I can take a picture.

Welp. In addition to my little wee dream of making the conference, we are a bit squeezed with a few upcoming financial considerations that likely need some attention. First, it is a near done deal we will be moving to a new home in Hoquiam (within about a month), which comes with a few expenses (and deposits, if they get returned at all, are not always returned at a convenient time). After a decade of rough use on our beds, we are in need of three new mattresses. Our couch and two armchairs are sinking into further disrepair. My car has a bad alternator (which at least, I can buy and replace with a friend’s help), and both vehicles likely need an expensive brake job (that, I don’t have the capability to do myself).

And then, or course, there is always that little special item of extravagance one wants for herself. Well, kinda for me, not just for me. I have been watching a friend’s baby (free gratis) and I did a little research and my dream-boat idea would be to get ahold of a Boba 2G so I can run around like usual while caring for an extra (occasionally separation-anxiety-laden) tot.

So that’s our scene in a nutshell. I write it out for my own sake as well as readers who may or may not be interested. I am, of course, quite serene about all of this. I have received such incredible support and wonderful friendship and care from so many people. I also live a life, to the best of my ability, of planning the event but not the outcome, which leaves very little room for sour grapes, worries, envies, et cetera. For this I am very grateful.

From yesterday: skating at the Harborena, watching a daddy lift his tot – to her delight. Also, bottom picture, Unimpressed Woman in Foreground is Unimpressed. 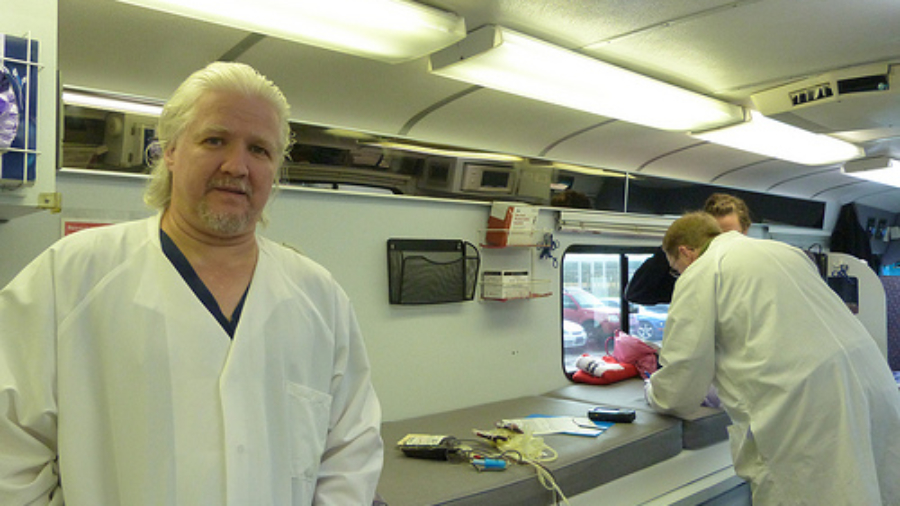 A blood drive out at, of all places, Westport Winery. I gave blood almost exactly a year ago in the same bus (and interestingly when I checked just now, I see last year’s phone photo shows the same American Red Cross worker; he had longer hair then). Today I practiced the meditative breathing I always find helpful before being poked, swabbed, and stabbed. Ugh.

Meanwhile the kids raided the bus’ fridge of juice and granola bars. Probably my favorite moment today was about four minutes after the above photo, inside the Winery restaurant where I was talking to a perfectly nice young man, and Nels, who was wearing his “tuxedo” jacket and looking quite formal in demeanor, politely walked up and asked this man and I, “Are you going to cheat on my dad?”

SERIOUSLY I am rarely at a loss for words but I had just given blood without hydrating first. Before I untangled myself (because, Conversation Over at that point) Nels had informed this man how he had the Best Dad Ever and he didn’t want anyone getting in the way of that. Holy god.

I drank tomato juice, water, coffee, and had a half a sandwich. It was a nice lunch. Nels lost his first top tooth on New Year’s Day. Yes, I am just about dying because his smile is so cute. Yes, I no longer have babies if all their baby teeth are falling out everywhere. Can you believe Nels’ smile? It reminds me of someone. Skating at the Harborena, where they are keeping costs trim by not heating the place, and I had to go home early. Ralph pretend-grew a beard for two days and got my hopes up. I got a little bit of sewing done today, but frankly I was a bit tired out. I don’t think it’s that normal to be tired after donating blood, but I might just be down after a lot of work lately. I’ve been low energy. I would like to get back to sewing a few things, as I have a special deadline on February 1st. We’ll just have to see how it goes.

“Try to think of a more boring sentence”, yes I know.