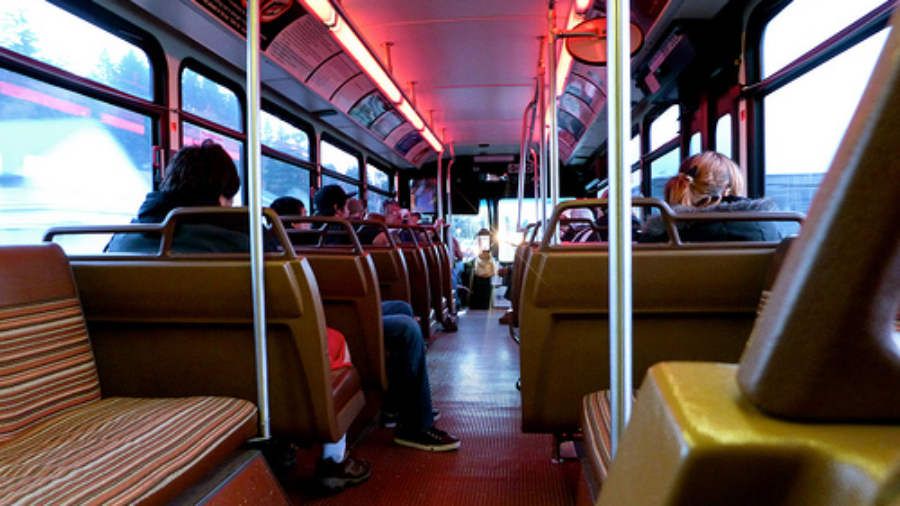 Car trouble rears its head again. Ralph’s had my vehicle for the week so the kids and I have been walking, bumming rides, and riding the bus. Today, two trips on the transit. Lots of drug addicts and alcoholics clearly still in active addiction, some people with problems either tacitly or obliquely advertised. A white man grim and silent and with that hard-eyed look and holding his two year old who stays equally silent. A young woman tiredly and loudly on the phone, begging / nagging the father of their child to assist in raising their child. She gets off at our stop and takes herself and the babe to the domestic violence shelter. My kids walk alongside me making up imaginary games and helping one another carry the big backpack full of books and binoculars and Pokemon accouterments they’ll put to use while I do some volunteer work.

But in general, we like riding the bus. I get a little nauseated, is all. I have to look out the window. The kids lean against me and we jostle gently through the streets I feel I’ve known forever. Phee took her first “job” and started this week. She’d wanted to rejoin the swim team after a few years’ hiatus. We didn’t have the tuition, so she made a proposal to my mom for a work trade. Weekdays now Phee works at my mother’s here and there when she’s needed, then hits her swim practice. It seems to be a very satisfactory arrangement. Phee is getting that age she really can do quality work, and my mom is often overwhelmed by her home and garden and other responsibilities. I wish them both the best. I have a great deal of faith in my daughter and don’t meddle. Those things are probably related.

This evening as dusk falls Nels stays behind and waits for his father to get home and cook dinner. Phee and I catch an evening bus to get to the Y. My daughter asks, “Are you going to watch me swim?” and I say, “Every time.” She leans against me and kisses me. I decide I will be there no matter what. It’s easy enough to make this happen. It’s just a new thing I get to say Yes to. In the pool she’s friends with every child and adult. The swim team is huge, three large sessions of kids. We’re in the earliest session of the evening, the beginner kids I think. There’s all that annoying sport parent stuff I won’t detail here. What matters to me is watching my daughter. She is a natural, friendly and walking up and down the lane, encouraging her team members and clapping for them, she knows their names already. She’s the most sportsmanlike child out there this week. I wonder if she’ll stay that way. I’m proud of her.

For a client, another SteamPunk Pika hat. I would make custom wool hats for a living if it could work out. Nels models: LOL at my kids in these pictures. Looking all grim and dystopian. Or is that merely my projection, as winter hit us hard all of a sudden? Home and sewing and cleaning up and feeding animals. Baking a pie for a friend who celebrates a special milestone. Cold but we’ve heat and food and one another. 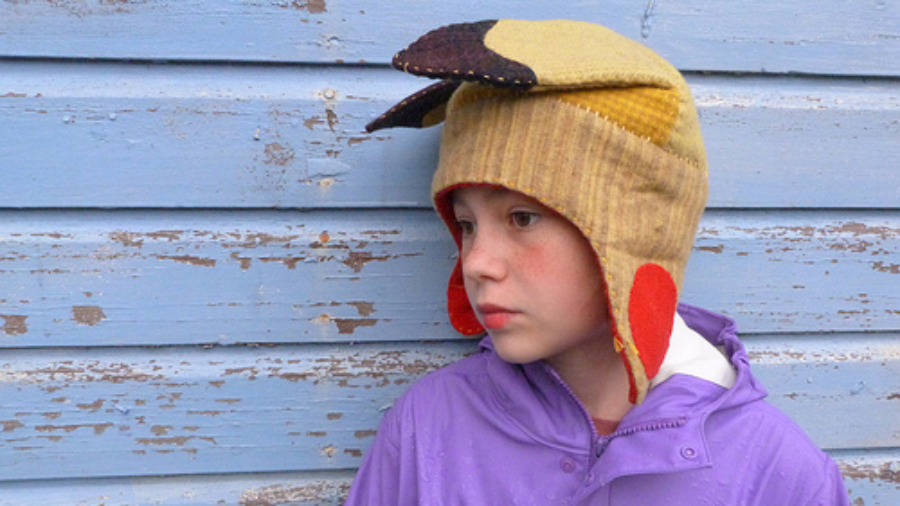 It is a farce I even spend a few minutes NOT sewing with wool. I avoid wool in the summer because it seems other people find it unseemly. But I never find it unseemly! I would gay-marry wool fabric!

Oh and yes. I know my daughter is beautiful. Like, unearthly-beautiful.