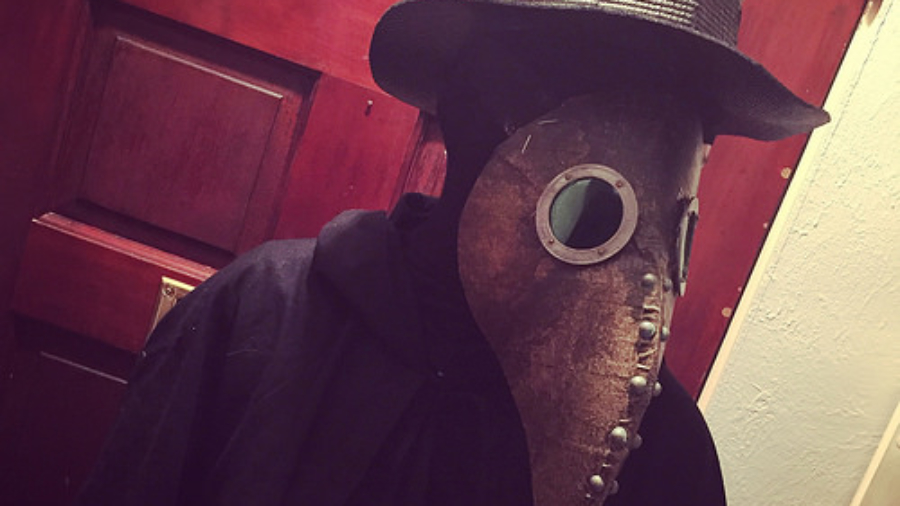 The night before Halloween, my husband and a friend traveled south, went to a concert, and upon heading back north the car broke down in the middle of nowhere. Six hours and a $600 tow later (middle of the night Sunday), they were home safely and I was entirely wrung out like a flannel.

Worse than the hardship was my anger. The car hasn’t been right; it’s not reliable. That morning I’d asked, “Do you think it’s a good idea to go down there tonight?” He did. He was wrong.

It sucks. It doesn’t bear dwelling on. My mortgage payment is gone. For now. I’ll figure something out. Or something will come. I have come to rely on this.

Halloween itself, then, commenced a little off-kilter. Ralph slept during the day a bit. In the later part of the day I was up and roasting tomatoes and de-hulling chickpeas for a small gathering at our house. Despite a tightness in my chest, and a headache in my temples, the day soon began to ease for me. My son’s friend A. came in, intrigued by my cooking, by my costume. I asked for him to put out our luminaries, a series of jars festooned in colored tissue paper decoupage. More willing than my own children to help, his eager-to-please sweetness gave me something to focus on. His presence soothed my spirit.

Ralph came back home as I finished the bisque, and set out little pickles and olives and the like. We grabbed a few photos in the gloaming, a misty rain baptizing us. Autumn has always been a very special time of year for me, and no less so this year. There is an intimacy between the children and I that I have come to find so incredibly comforting.

As darkness fell Ralph and our friends, and all the children, went off through the neighborhood and as is my custom, I manned the door. Children knocked and I greeted them, a huge bowl of candy in my arms. “A queen!” a young boy beamed, delighted by my golden crown.

Next year we’ll need a well-lit walkway; I fear it was too dark for some of the Trick or Treat’ers to brave.

This year, I am happy to have spent it in festivities with my loved ones. 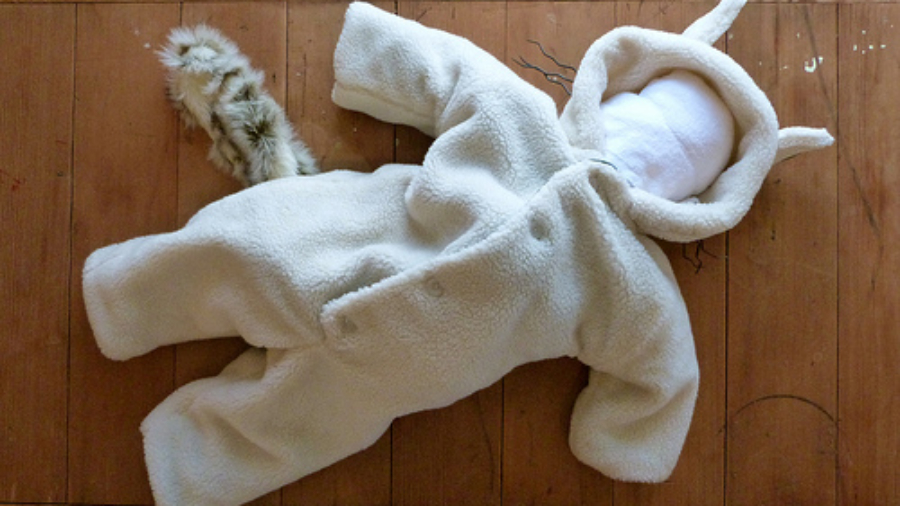 UM, it is super-hard to get rid of inventory. I made this a while back but hadn’t taken photos, posted photos, shared in any way, or even put the garment in a local shop. LOL at me because I am a pretty-okay seamstress but not really a businesswoman in any real sense.

Anyway – here we have an all-fleece Max, more in line with the film’s version of the costume than that of the book. Hoping this version finds its way to a sweet little 2T/3T kiddo out there. 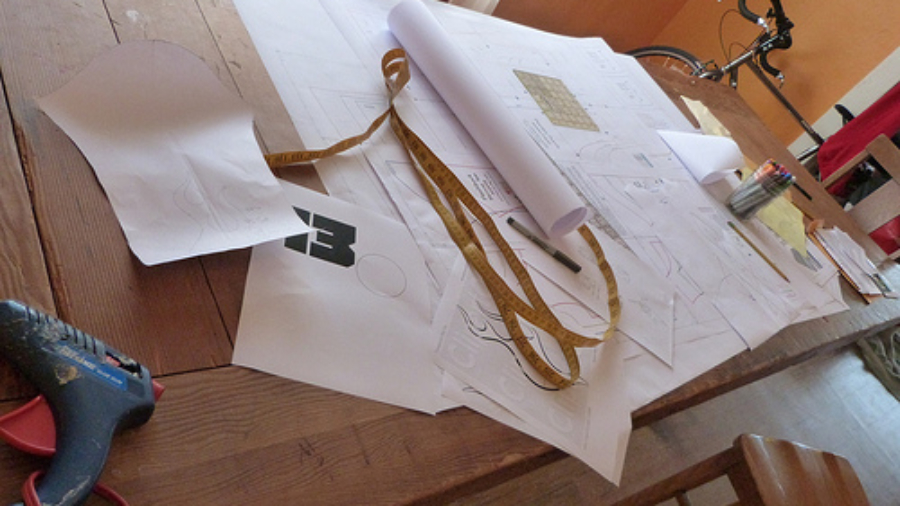 This weekend I went balls-out, without enough sleep or preparation, to host a booth in the only show I’ve yet brought my wares: the Fiber Arts Festival in Elma, WA. Let me tell you a few things, it is a great group of (mostly) ladies and they have a lot of passion, like don’t even make a joke about how goofy an alpaca looks or anything. The attendants out there raise the animals (alpacas, llamas, Jacobs sheep, angora bunnies, et cetera), clean and process the wool, spin, knit, crochet, tat, make bobbin-lace, and do all kinds of weaving. For some reason at this festival they let my seamstressing ass in although I’m the only garment-maker, ever. I even sold a few pieces – Sea Fan, Squidlet, and a few other odds and ends, including a blue-velour tentacled baby bunting I never even took pictures of.

But I’m glad to be home.

Currently I’m up to my tits in Halloween. Today I’m working up a Ripslinger costume (from Disney’s Planes) for a three year old. The project involves a heck of a lot of stencil work, and, as promised, I am putting together a tutorial on the relatively simple process of making great-looking motifs. I sent my most recent Max out to NV and am now working up a Max for a 4 year old, a Bulldog hoodie for an infant, and a Louise hat for a grownup.

It’s a little more work than I’ve really got time for.

So if y’all could just come over and do my dishes and give my dog a walk, I’d appreciate it. kthx 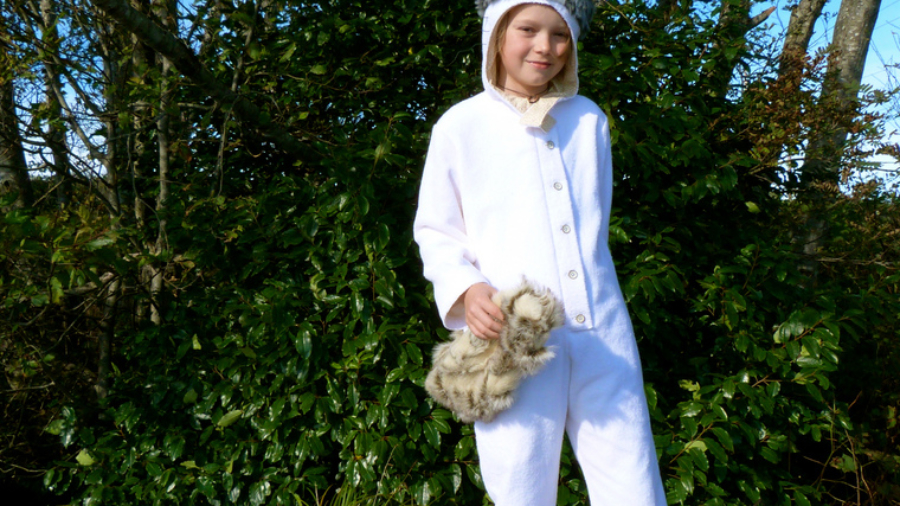 This is the first year I offered custom costumes online on Etsy. I haven’t done any marketing unless you count the occasional tweet, or Ralph’s Facebook plugs now and then. Now I’m glad, because I have found myself with a good number of costumes to sew this year and I’m late on two. Given this, I am presently only taking ONE more costume item before Halloween.

I’ll be back for Christmas gift awesomeness. If you’ve thought of anything simply wonderful I should sew, let me know.

Today I took pictures in the Max I made for a 9 year old up on Bainbridge Island. I am very pleased with this Max, and I have two more to make – one for a four-year-old, and one for a grown-up! I am also happy to answer any questions you put me on making your own – so you can post them in the Flickr comments or here on this post.

Happy costuming, tweeps. May your sewing machine bobbin run smoothly, and your glue gun not burn your hands.